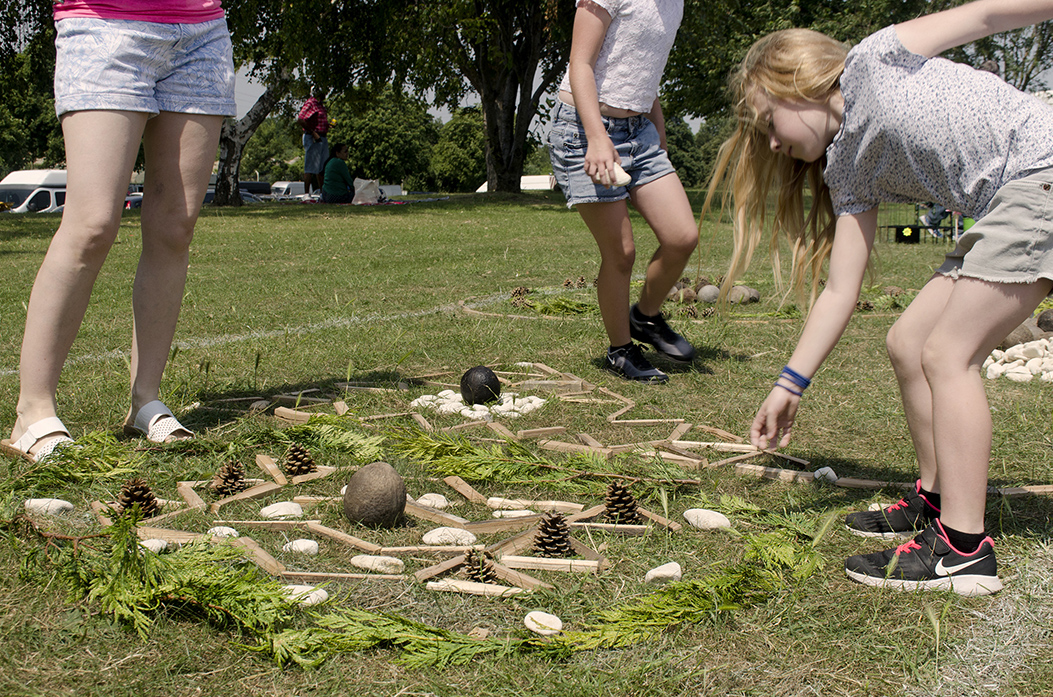 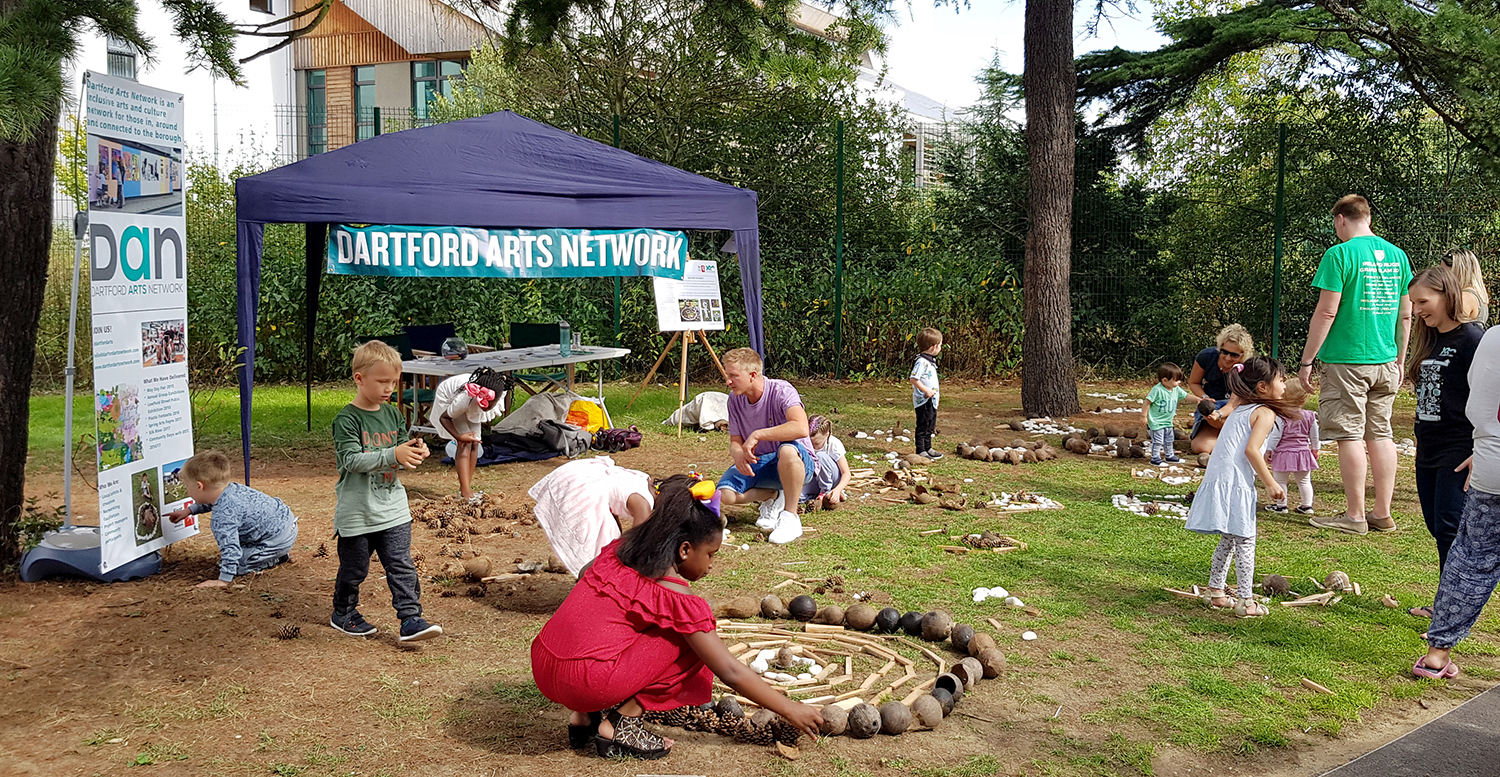 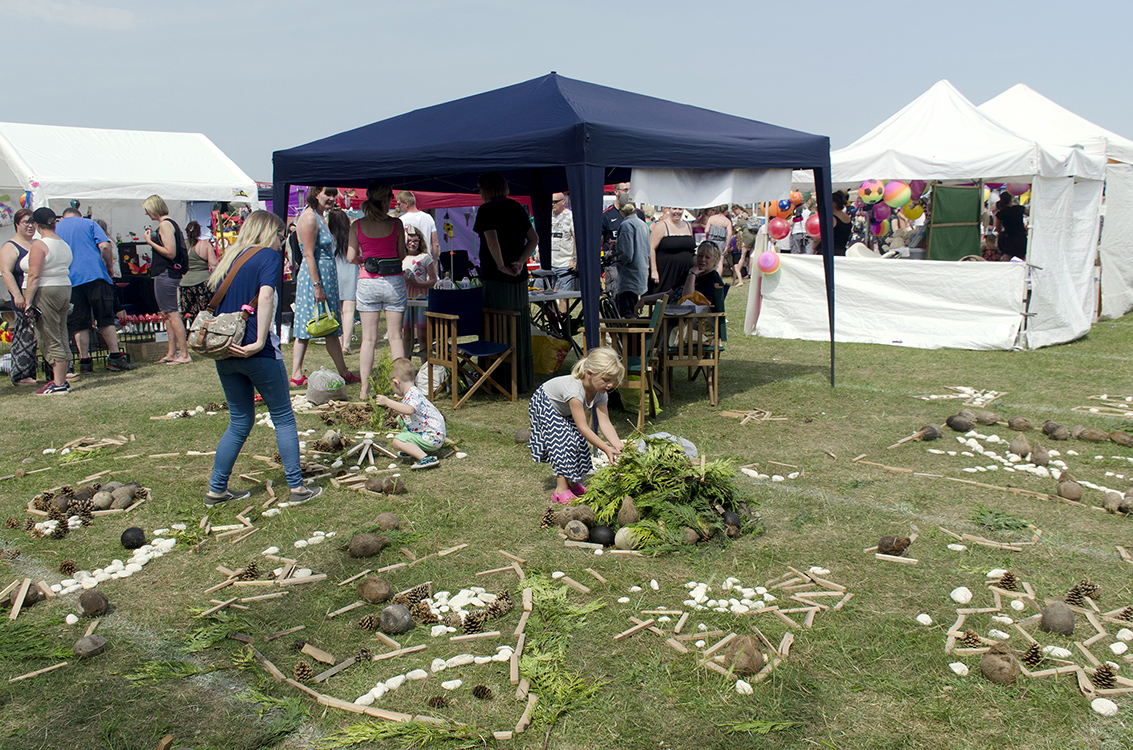 This series of art events was inspired by the work of Andy Goldsworthy and took place at a whole host of pop-up festival events over the summer of 2018. Goldsworthy’s natural sculptures use only organic material and are organic in nature, that is, they grow as they are built and then degrade over time. His land art style lends itself to a collaborative community project, and embodies the concept that beautiful art can be created from anything, anywhere. It is not reliant on technical skill or expensive materials, but can be produced by harnessing creative expression, imagination and everyday materials.

We utilised collected leaves, pine cones, chalk stones, wooden sticks and a stack of coconut shells collected by DAN member and project assistant Tim. We invited people to use these objects to create patterns and pictures, making our own alongside them as a guide (which they didn’t need!). At Stone Fete, after deciding to make a very basic starting design to give people an idea of what we were doing, we almost instantly began to get some interest from passing children. “how much does it cost?” they asked cautiously. “it’s FREE!” we replied with glee. “Get stuck in!”. Soon enough, kids of all ages (including very grown-up ones) were getting fully absorbed with the task, which was as enthralling to watch as to do. 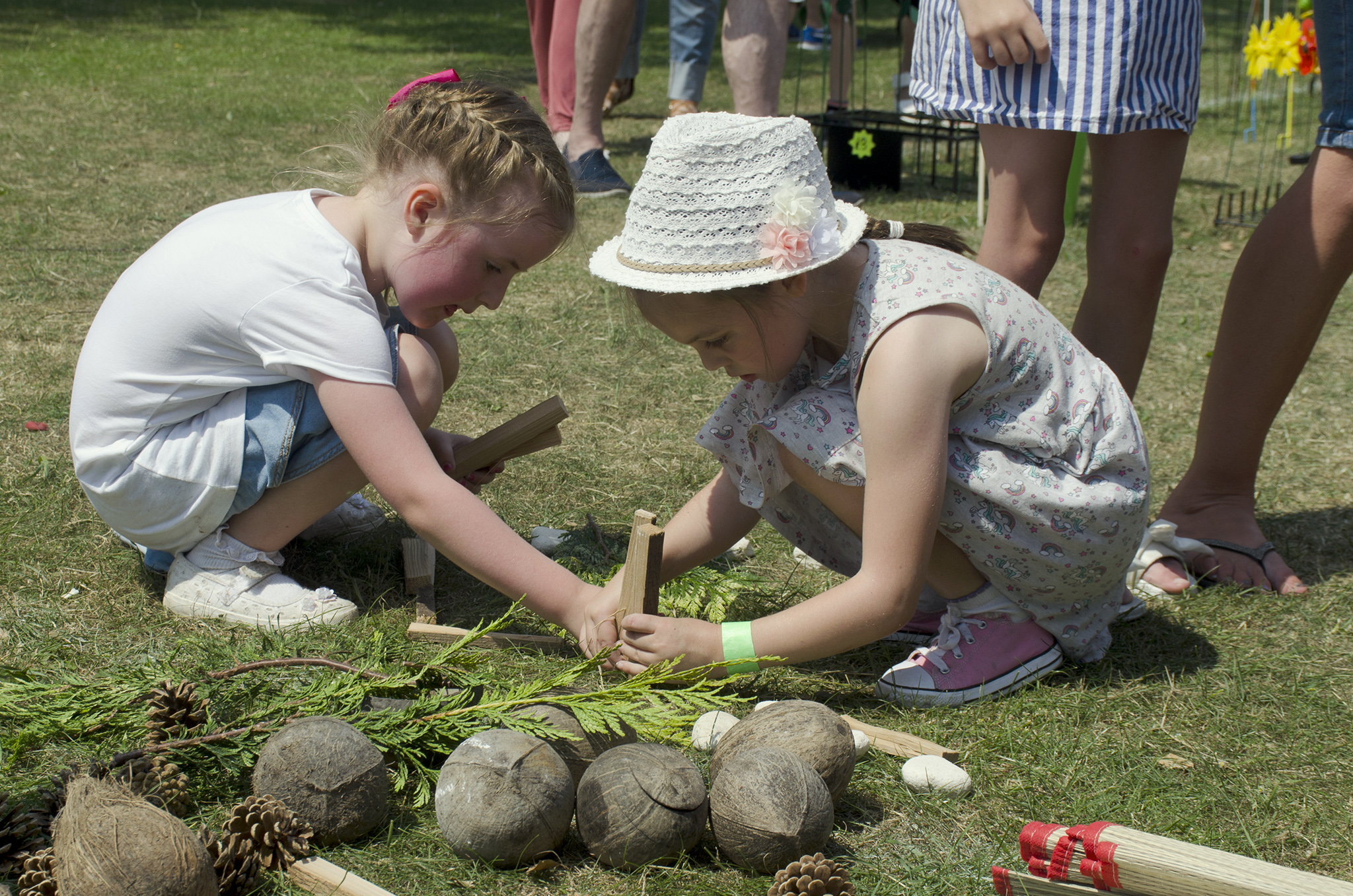 We piloted this event at our 2017 Spring Fayre, and its popularity and success led us to take it ‘on tour’ to various other events cross the summers of 2017/18, at the following events: 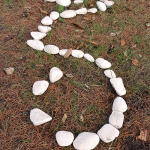 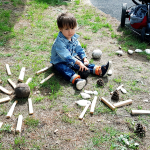 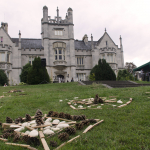 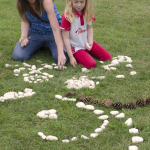 Our Chair and project lead Kate Withstandley spoke to BBC Radio Kent from the Land Art stall at Stone Fete, explaining all about the project and championing the use of free natural materials as a way to engage with art for free and at home/out in nature.

This type of sculpture is, by its very nature, transient. It evolved organically throughout the day at each event, affected by weather and by human influence. In response, we had to ensure we were adaptable and allowed our imaginations to guide us in creating a beautiful outdoor sculpture.

As with many public art events, we found that people were initially a little reluctant to get involved, preferring to observe from afar and work out what we were offering. It didn’t take long though, for the first inquisitive soul to step forward and have a go and before long the site was a frenzy of activity. Mandalas and rock piles began to cover the floor, and people intuitively started working together to build a set of beautiful sculptures. 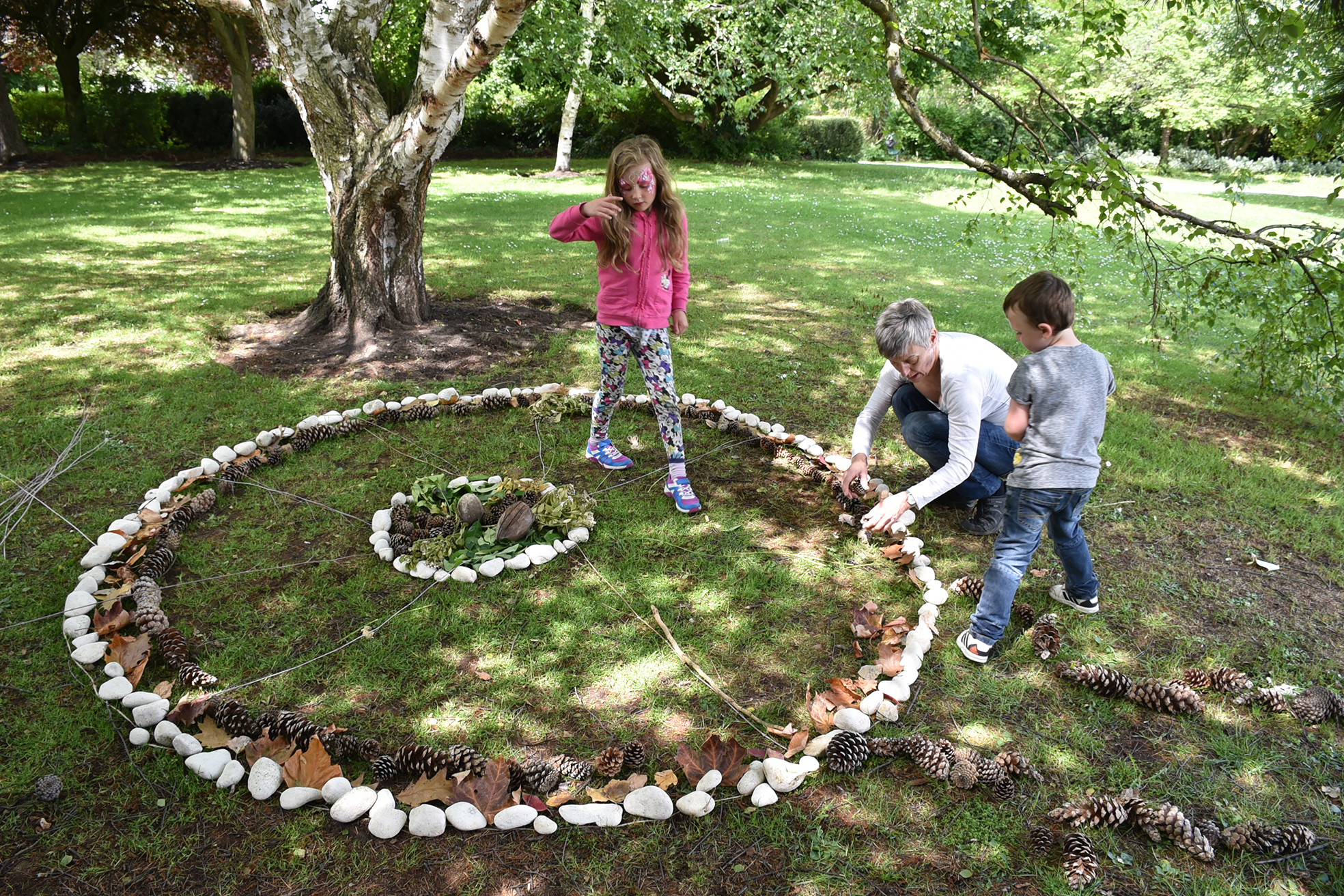 It was a complete delight to see the differences in the participants; their way of thinking (it took a while before anyone decide to build UP), their type of design, and the levels of concentration and creativity. We deliberately didn’t give a lot of guidance; (the imagination of a child is far beyond what we could proscribe) and although some people initially asked us what they should do, within minutes they were doing far better by themselves. We also allowed the design to evolve, to ebb and flow throughout the day. People were reluctant to dismantle other artworks, but the nature of the activity is its change. It ended very differently from how it began, which was exactly the intention. A number of parents responded that they thought it was a great idea and that they would now be gathering materials in their garden to make their own sculptures. Part of our reason behind doing this was to leave people with a sense of ownership over it, that they can take the idea with them, re-use it, recreate it. You don’t need a studio of art materials to embrace creativity, you can do it anywhere around you.

Overall, we had a great time and chatted to hundreds of local residents over the events, gathering feedback about what kind of art events they would most like to see in the local area. Thank you so much to everyone who got involved. You lot are awesome! 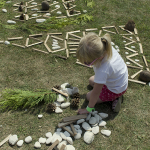 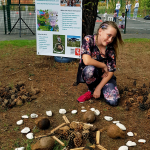 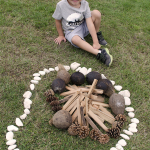